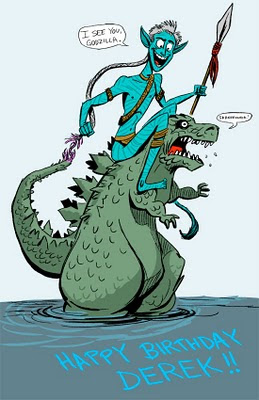 My pal Josh Cooley made this awesome Birthday Card for me yesterday...i just had to share it...
Posted by DerekMonster at 11:09 AM 2 comments:

THE GODZILLAS THAT WEREN'T

Believe it or not, therer were two American GODZILLA projects that never quite made it out of the gate and were, for monetary reasons and more, never completed or realized... 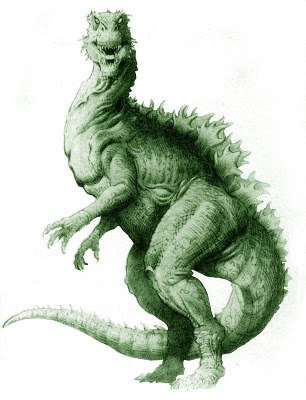 In 1983 a GODZILLA 3-D project was developed by Steve Minor, with a script by cult favorite, FRED DEKKER ( Monster Squad, House ), and Concept Art and Storyboards by the legendary WILLIAM STOUT...
more on the Plot details and project history HERE. 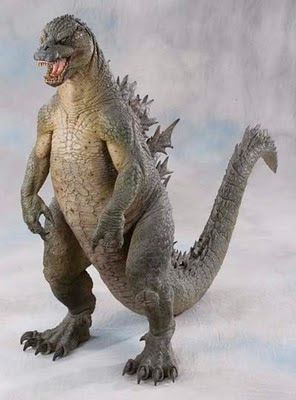 Years later, JAN De BONT, hot off the success of SPEED, was slated to do GODZILLA..one HUGE ballooning budget later ( rumored @ 150+ million in early 1990's dollars ), the Studio pulled the plug...Stan Winston Studios was doing the creature work and G would battle some monster called Gryphon ( seen below in an early Carlos Huante design ): 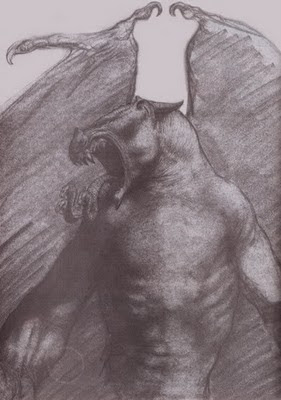 ...and although it wasn't produced for a specific Film project, I like this interpretation of Godzilla by sculptor Tony McVey: 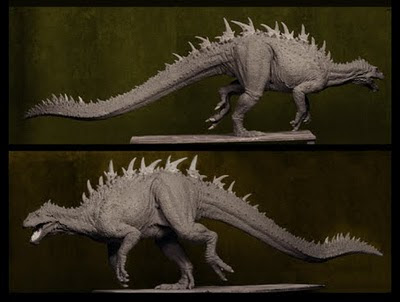 Posted by DerekMonster at 9:41 AM 4 comments: 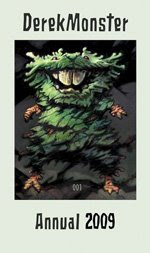